UC Davis CARE, My Sister’s House and POV are putting on a free film screening of The Apology on Tuesday, March 5th. This will be taking place on the UC Davis campus in Giedt Hall, Room 1001.

“The Apology follows three former “comfort women” who were among the 200,000 girls and young women kidnapped and forced into military sexual slavery by the Imperial Japanese Army during World War II. Seventy years after their imprisonment and after decades of living in silence and shame, the survivors give their first-hand accounts of the truth for the record, seeking apology and the hope that this horrific chapter of history not be forgotten.” (http://www.pbs.org/pov/theapology/)

This event is a collaboration with POV, the award-winning independent nonfiction film series on PBS. (www.pbs.org/pov) 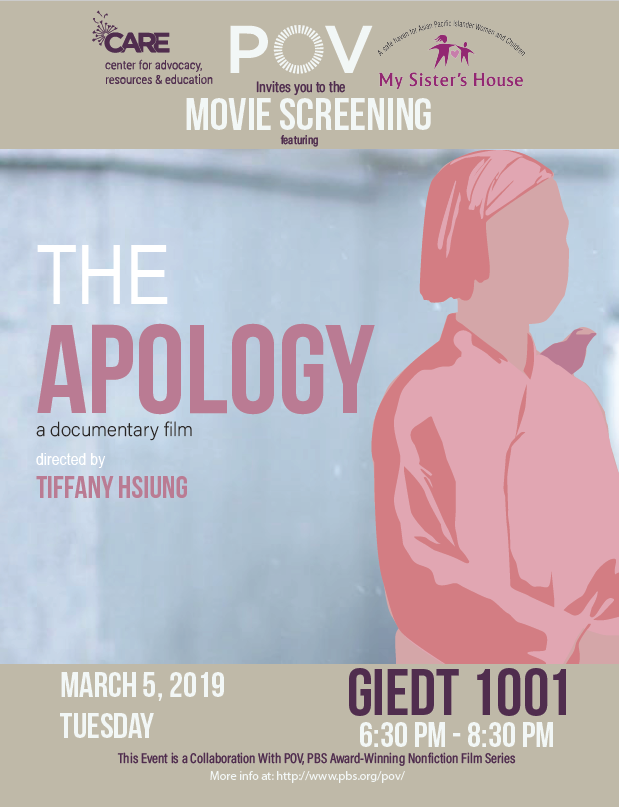